So google drive decided to lose all the rest of my journal entries from the river last week. BUMMER. Now I have to think again about what happened! 🙂 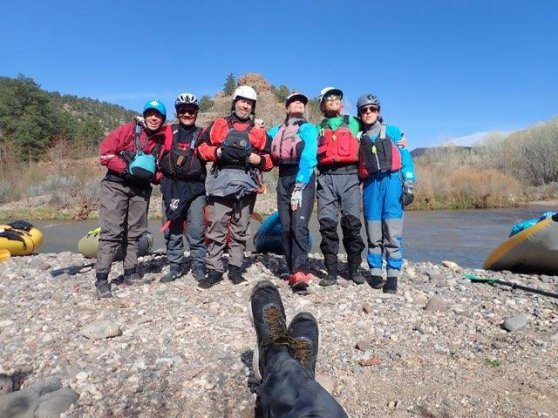 We woke after a nice warm night and waited around until the sun hit our camp to really start moving. A morning fire helped with the motivation, along with multiple cups of coffee.The paddling was really smooth yesterday, and we would find the opposite today! 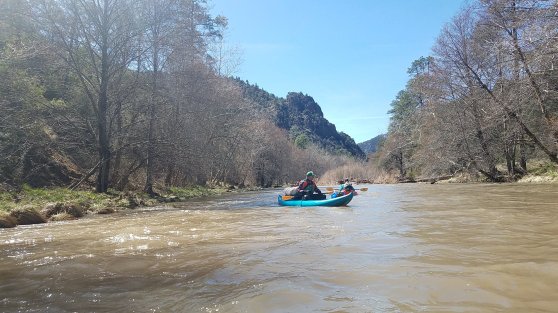 For all of our effort, we didn’t seem to be moving efficiently down the river. We had a few swims, but all people and gear were recovered, and even though a few folks were shaken up from the cold immersion, we all rallied and kept going.The water at this level kept us busy, and the previous flooding had left tons of strainers in the water. Granted, most of these strainers didn’t span the width of the river, so we were able to paddle by them, however, they could be a real problem if you floated into them wrong.

We saw one other group on the river today, a group of three, each in their own cataraft. Those were ambitious boats because we encountered tons of low-hanging branches that surely resulted in tree branch slaps in the face as those boats sit much higher in the water.

At the end of the day, we rounded a corner to find them portaging a river-wide tree blocking the way, and so we did the same.

We hadn’t made the mileage we had wanted, but our safety and enjoyment were more important, so we pulled up at Sapillo Creek to make camp. This is where (I think) I came down on the CDT five years ago and started walking upstream. I guess we just did a paddle alternate to the hiking route!

We spread out and put on dry clothes. The water in the creek was much cleaner than the Gila, so that would be a good option for filtering, but then we discovered a little waterfall that had even cleaner water. Score! 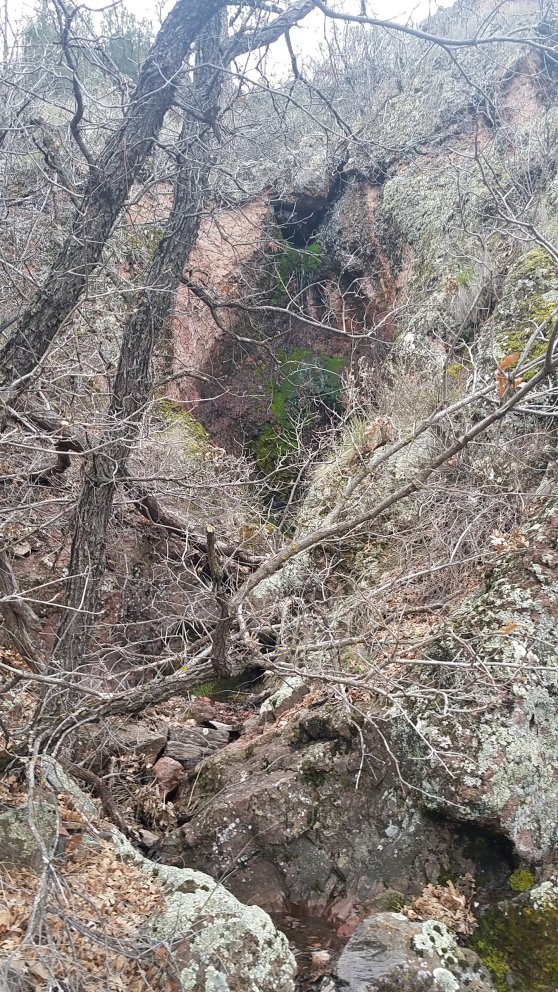 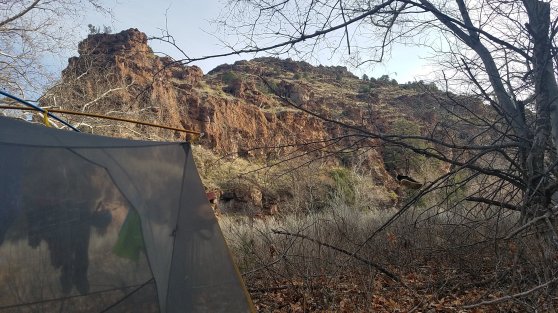 Then it was time for happy hour on the beach. I passed out cans of Greyhound, a mixed cocktail drink made by a brewery in Bend. We sat on boats and watched the sun go down before retiring to the fire and our dehydrated/freeze-dried meals. 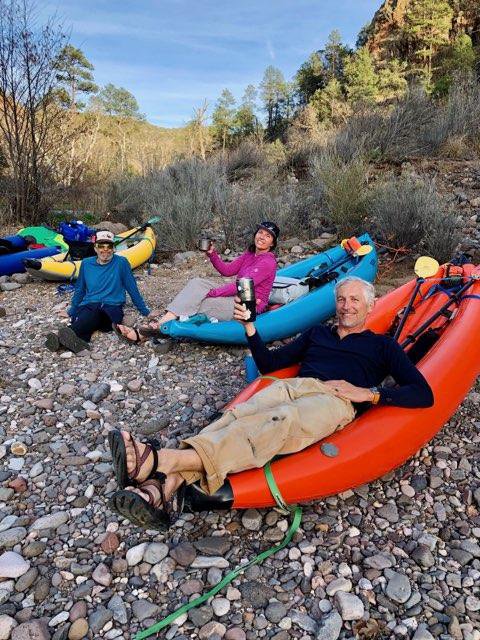