I was almost warm enough last night. My thick inflatable bargin sleeping pad was only thick enough if I lay my whole body evenly on the pad…curling into my usual side position dipped my hip to the ground, and that ground sucked the warmth out of me.

When we did finally emerge outside the tents everything was covered in frost and ice. Brrrr. Our friends were warm blooded and were not excited by the frosty morning warning. 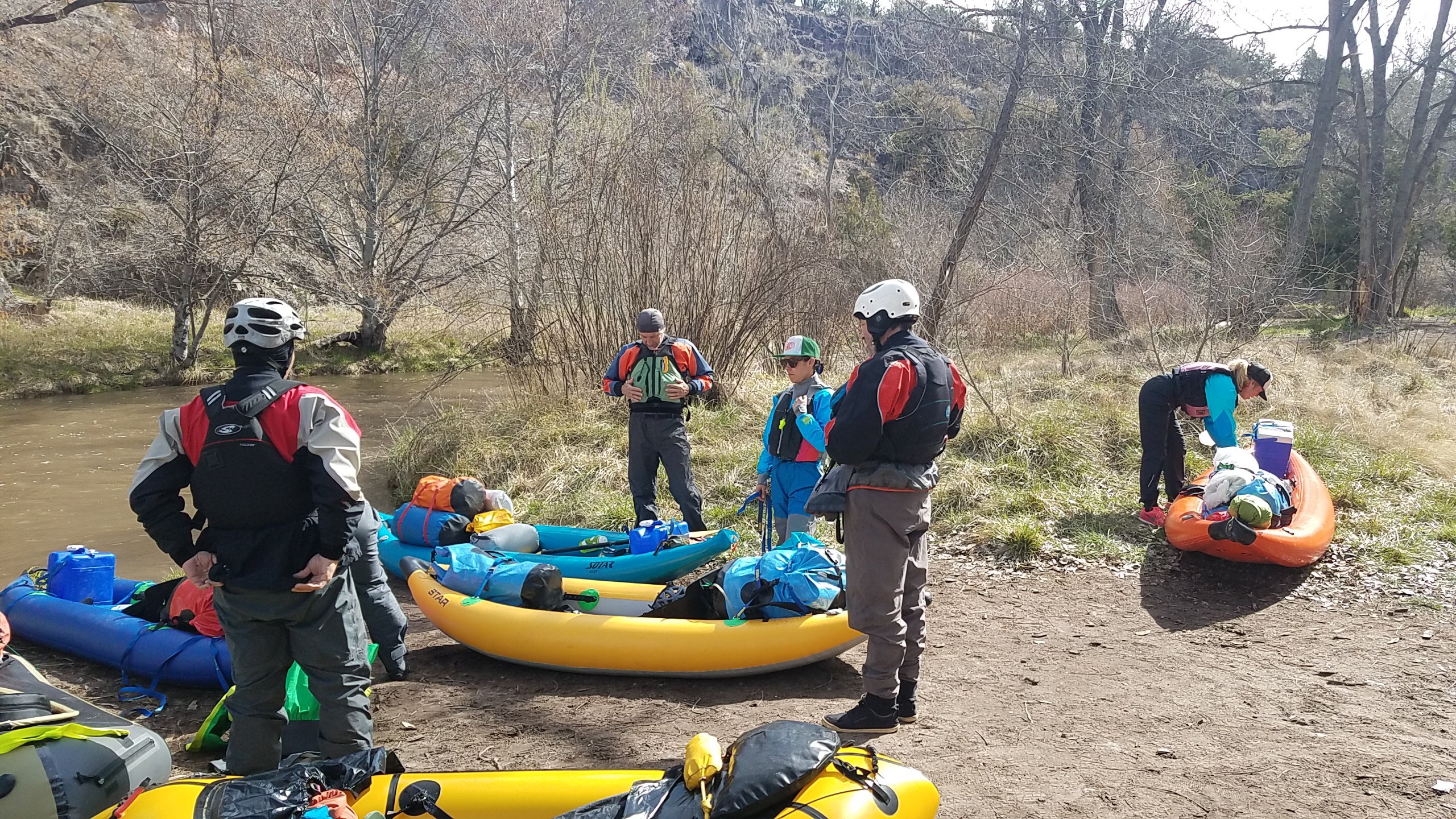 Eventually the sun hit camp, and made the duffle shuffle go a little faster. How would we possibly fit all the food, beer and gear into our little boats? The inflatable kayak folks had a much easier time as they can strap just about anything to the tops of their long boats. We packrafters have to fit it inside our boats, or smartly strapped to the outside. Mike was in the other packraft, and this would be his first overnight trip in his craft.

Somehow we were packed and almost ready to go when our shuttle driver came and gave us some useful beta on the river (he had just paddled it a few weeks before) but the spike in the river level after the heavy rains of the days before would provide a wild card. Would the flows have lodged some trees across the river? New strainers, log jams or hazard trees? We all got a safety talk from Kirk who has taught, guided, and explored flooded rivers like this for years. We are in good hands with Kirk at the helm.

The water was a chocolate brown, but not thick with dirt and mud. The brunt of the flooding was over and the water levels were going down now. We paddled past cliffs and treed flats, noticing where the water had crested in a much bigger flood. Folks were getting used to their boats, and we had clear sailing for the whole day.

Numerous cairns marked where a trail crossed the river back and forth, and Slow Ride, Shake n Bake and myself were pretty sure we had hiked some of this on the CDT gila alternate years before…and I could even have sworn that I had a cold wet camp at this very spot 5 years ago on my thru-hike.  I’ll have to go back and check my blog; my camp at this spot ended with a windy sleepless night on the river….I woke to snow and high tailed it to Doc Campbell’s that next morning with promise of a food box and the stellar Gila Hot Springs. 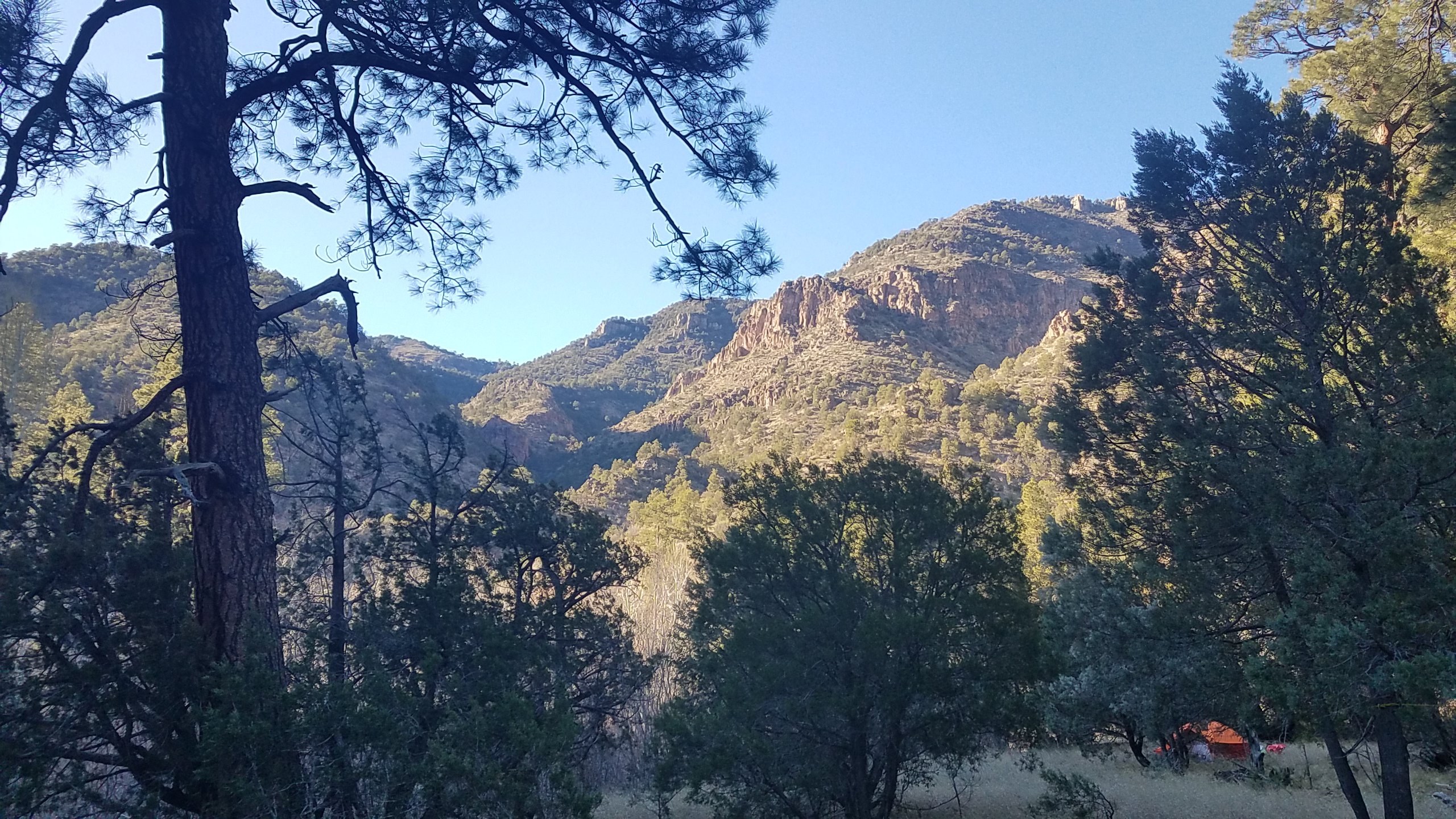 Our afternoon at camp consisted of a few lazy hours in the sun in hammocks or laid out horizontal in some fashion. Slow Ride lent me a book about the Gila river, so I read a few pages before closing my eyes too.

Later around the campfire we passed bags of wine and told stories.

The night was clear and blissfully warm.

One thought on “Gila River Day 1”