I can’t believe it’s taken me this long to get another air mattress. The difference is just night and day. I had been putting my down jacket under my hips to provide a bit of padding since most of my natural padding is gone…but sleeping on the new Gossamer pad last night was wonderful!

Another smokey day, another day without the views I knew were lurking beneath the layers of surrounding forest fires. That’s really ok though, it’s a small price to pay to have a muted horizon and not have to be threatened by all the destruction that’s currently sweeping the west. I hear big portions of the PCT are closed, and some fire fighters even lost their lives this week. Heart breaking. 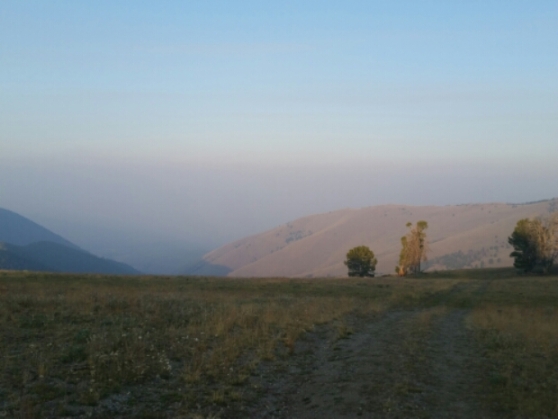 I made it to Lemhi Pass for lunch, and got water from a spring that is the headwaters of the Missouri River, a spot that Sacajwea took Lewis in his search for the Columbia river in 1805. I’ve enjoyed visiting all the historical spots the trail passes through. While I was there I met Renee, Laura, and Beau. We chatted for a few minutes and Renee (a former nuclear engineer!) got me thinking about working down at the South Pole, she had done a number of seasons at the big base down there. Oh you know, there are so many adventures to be had! 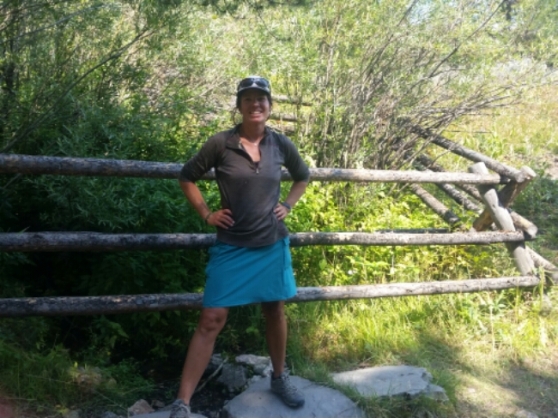 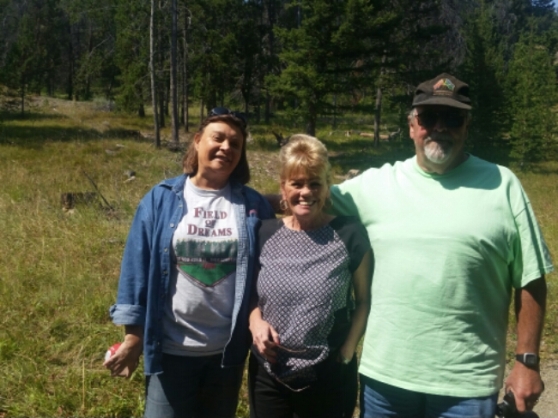 I downloaded a new audiobook, another Stephen King novel, The Long Walk…you know, the title grabbed me, but after listening for a few hours I became disconcerted with the dark story where those who stopped walking would die. I found I wanted to walk less and less, the story must have hit a nerve. I took a long afternoon break complete with nap, and even when I switched from the dying walkers to some podcasts and music, the afternoon dragged on and I just wanted to be done.

I had set a goal of 25 miles today, and the minute I reached that mileage, I found a flat spot in the woods to plop down. 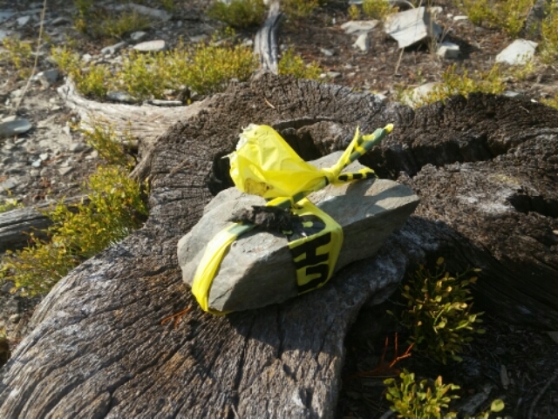 Not sure what this is about, but some animal didn't approve.

Man, oh man, I had a some awesome pasta from Backpackers Pantry…ever since connecting with them at the OR Show and getting some meals (with more coming to my town stops up ahead) I’ve been eating well. I can’t tell you how much better they are than ramen and mac & cheese. I’m so stoked to have their support.

So camp was earlish tonight, but I’ll read and just relax, it doesn’t do to force more walking if you want to be done for the day. Perhaps tomorrow I’ll be in a more walkable mood.