I’ve always made little videos and compilations of the hikes and adventures I’ve had over the years. As a result I have a you tube channel, vimeo channel, and lots of stuff on DVD…do you remember DVDs? Those disk-like things on which you would burn a video…maybe half an hour to an hour of photos, videos, and music…

People really made videos that long?

Yep. We did. My PCT video is 45 minutes, this Colorado Trail one is about 30, my Arizona Trail one is maybe 40? It seems these days hikers make 3-5 minute videos because no one has the attention span to watch longer…myself included.

But, I dug into some of the old DVDs I made of hikes, and am going to start uploading some of them.

This little trip down memory lane was over 10 years ago when I hiked northbound from Durango to Denver in the fall of 2007. I had moved to Durango in February that year to go through a crew leader development training program, an Americorps gig run by the Southwest Conservation Corps (SCC). I spent months cutting trees, building large log and rock retaining walls, and fixing damaged trail in places like Mesa Verde, Canyon of the Ancients,the Great Sand Dunes, and the San Juan Mountains.

It was the only logical next step to hike the 500-mile Colorado Trail when our work for the year finished. That put me at a mid-August departure from Durango. The timing was great. The weather held out and I thought I was going to die only once when I camped on the divide and over 12,000′ near Stony Pass. That night a lightning storm moved in and I was very exposed. I didn’t sleep a wink, but when I woke and hiked a few miles to Stony Pass, I met some of my SCC crew friends working on the Continental Divide Trail. Woop! (I would return 8 years later to hike the CDT).

Most of the time I felt like the only person left on earth.

I loved hiking alone after months of people around ALL THE TIME. I was strong after a summer of moving dirt and rocks, and it was very empowering to spend that time in the incredible landscape of Colorado. I climbed a few 14ers, read a couple of books, and got giardia only once.

I was tired towards the end and looking forward to the next thing…which happened to be moving to Bend to lead wilderness therapy trips.

I kept a daily journal here.

This video also has the soundtrack my 2007. Enjoy! 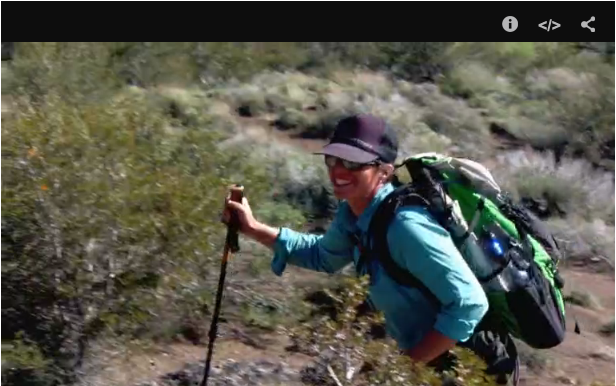