Today would be a short day. If I was going to have a chance of doing this next section of high-elevation ridgewalking and the summiting of the highest point of the CDT, a 14er or 14ers (Grays & Torreys), I would have to time the weather right. So I am camped on the shoulder of Georgia Pass, and will wake up early tomorrow to get up on the 15+ miles of exposed ridgewalking so I can get down before the forcasted storms, and then camp at the base of Grays Peak for an early morning summit of that one, and from there I’ll have to figure out the other above elevation terrain the next day…

I met a ton of other hikers today, lots of Colorado Trail hikers and then the first of the CDT flip floppers, Scat Man and Rafiki. We had a good chat mid-trail and I found they had been the first to hike the section I was preparing to do, and most of it was doable, a few sketchy spots. Well, I’ve had my fair share of sketchy spots, and it all sounds like something I can handle. I was happy to hear their report, their main concern being the strong winds they encountered. I think my mornings should be calmer, so I may just have a perfect window (minus the afternoon storms, but with only a 10 & 20% chance, that’s pretty good this time of year).

I also met my first bike packer of the Colorado Trail. Wendy is a bad-ass woman biking the trail, to me it could almost be harder than hiking it…although the downhills are probably pretty nice. 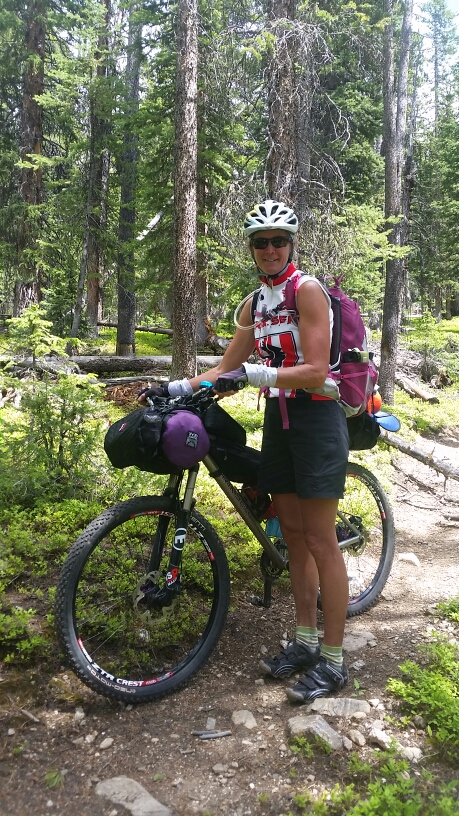 Not too many views today, but pleasent walking and I saw my first Columbine!! 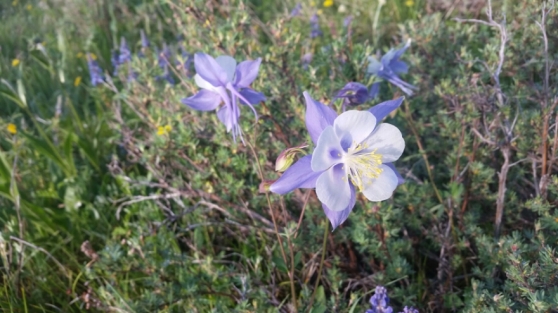 I got to tree-line just as a storm was about to unleash some fury, and had my tarp up in a little grotto of trees just in time. I’ll have a long afternoon to read, nap, eat, and read some more.