Nothing gobbled us up during the night, and I woke early to go inside and make coffee.

By 9am we were in Courtney’s car and heading toward Lund and the bakery. We’ve been hearing about the bakery and both of us try not to pass up pastries if we can help it.

We were meeting Erik, Courtney’s friend, who has a boat and had agreed to take us to the start of the trail at Sarah Point. Turns out the logistical challenges don’t just include timing the multiple ferries to get here, but you have to figure out how to get to the start of the trail. A jeep road goes out there, but it’s not well traveled and can be knarly. One option we considered was walking the road (one hiker we met did this). There are water taxis you can hire, and when Nemo inquired and a price of $150 was quoted, we decided to pass on that.

Erik owns a tour boat (and is also part owner in the food cart and fishing boat we visited last night) he is part of the Tla’amin nation and serves on the volunteer fire department with Courtney. The boat ride is short, so we were grateful for the help…and we could save our $$ for things like pizza and pastries. We bought Erik a few goodies from the bakery and then hopped on the boat and we were on the way! 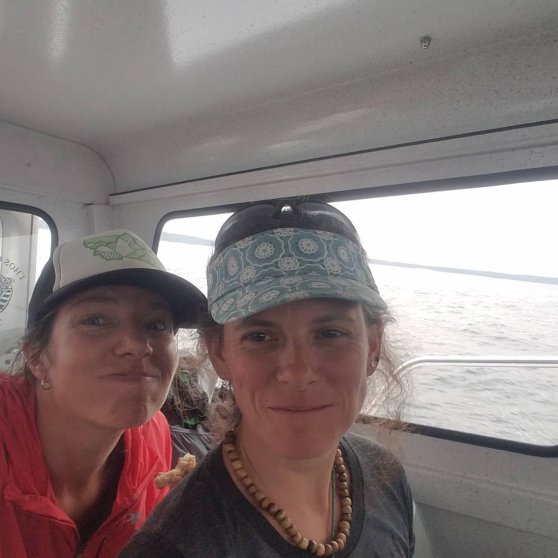 Starting a trail by water is pretty darn cool, but it gets cooler. Erik is a Cultural Resource Manager for the area and has done extensive archeological surveys of the islands we were passing. He showed us a petroglyph of a porpoise which historically indicated good hunting grounds, and pointed out spots where they found burial spots from thousands of years ago.

30 minutes later we were at Sarah Point and Erik explained with the low tide we would have to walk to the front of the boat, climb on the other side of the rail, and jump onto the rocks. What?? Come again??? Jump off the boat?? Hell yes! Again, coolest start to a trail ever!!!! We carefully held onto the side of the boat and had to make it onto some wet rocks covered with sharp razor clams… No blood was lost and we didn’t fall into the water. Success!! 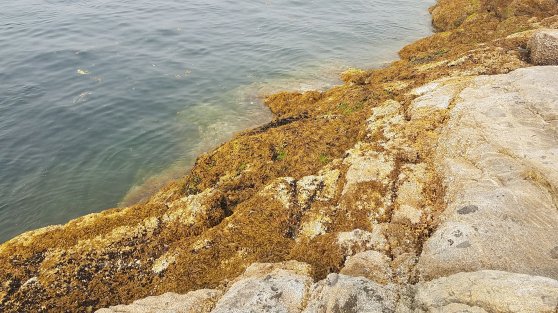 We watched Courtney and Erik motor away and we climbed up the rocks looking for the trail. He brought us right to it, and we found a sign that marked the start of our 110 mile trail.

We watched Courtney and Erik motor away and we climbed up the rocks looking for the trail. He brought us right to it, and we found a sign that marked the start of our 110 mile trail. 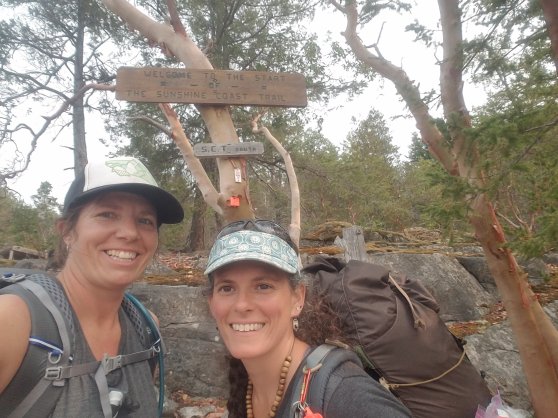 After photos and shots of tequila (we don’t mess around), we started walking.

The trail went up, and down. The grades were short and steep and was primarily tree bound. The terrain was lush and covered in mosses and ferns. It reminded me of hiking in the Oregon coastal range.

We hiked and took breaks. The best break came at Wednesday Lake where we stripped down and jumped into a cool and refreshing lake. It was perfect. The air was much more humid than I usually experience, and had been sweating up a storm. The water felt devine. 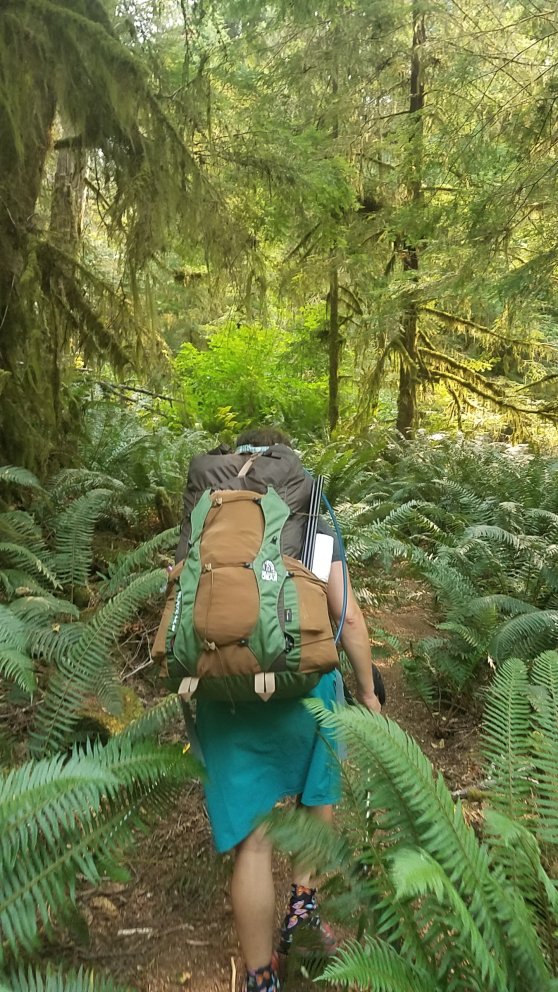 We went on a few more miles and decided to call it a day at the Manzanita Hut with vast views over to Vancouver Island all the islands and water in between. So beautiful.

There was a hiker here who had started a few days before us. Riar, had walked the jeep road to the start, and we talked around the picnic tables. This was his first solo trip and first time sleeping out alone, so seems stoked to have others around. Interesting guy, from Sesquatchawan, was from India and served in the Indian Army, but had been living in Canada for four years and was heading to engineering school in the fall.

The horizon looks hazy and may be a little smoky, but the sky above us looks clearer, maybe clear enough to see some of the percid meteor shower tonight! But my eyes feel so heavy…