Last evening we climbed the rest of the way up to Edna Lake and what had to be the best campsite in the area. The headwall of the south fork drainage still had snow, in fact a few patches of snow were all around. We decided to make camp here tomorrow morning and spend the day exploring the high alpine lakes.

So this morning after our coffee we packed up and headed to the granite jetty where we wanted to make our camp, set up, and left a few things in the tent while we explored during the day. We decided to hike cross country around one side of the lake to reach the next 2 lakes, and soon had to climb high to get away from mosquito hell.

We popped up over the upper two lakes and almost to an unnamed pass that held its own little lake. As soon as we were up there we knew we had to move camps. It was just stunning with shallow green water and big slabs of granite floating like little islands throughout. We sprawled out on one of the granite islands and I decided I would hike on the trail back to the camp we just set up and bring the gear back here. It wasn’t that far, right? 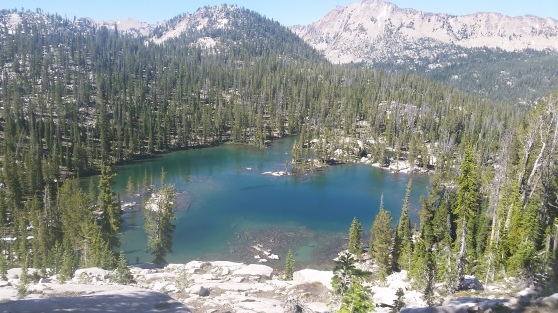 But then we saw this little lake!

Well by taking the trail back I had doubled the distance to the lower lake, so 2 hours later I arrived back from the errand and decided it was the perfect time to jump in the lake. At almost 9,000’, it was still hot enough for a swim…kind of. Piles of snow were still melting into the water. Brrrr!

I took a siesta and Kirk went exploring, to come back a short while later with the news that epic views in all directions were just a few hundred feet above the lake. I followed him back up and…. 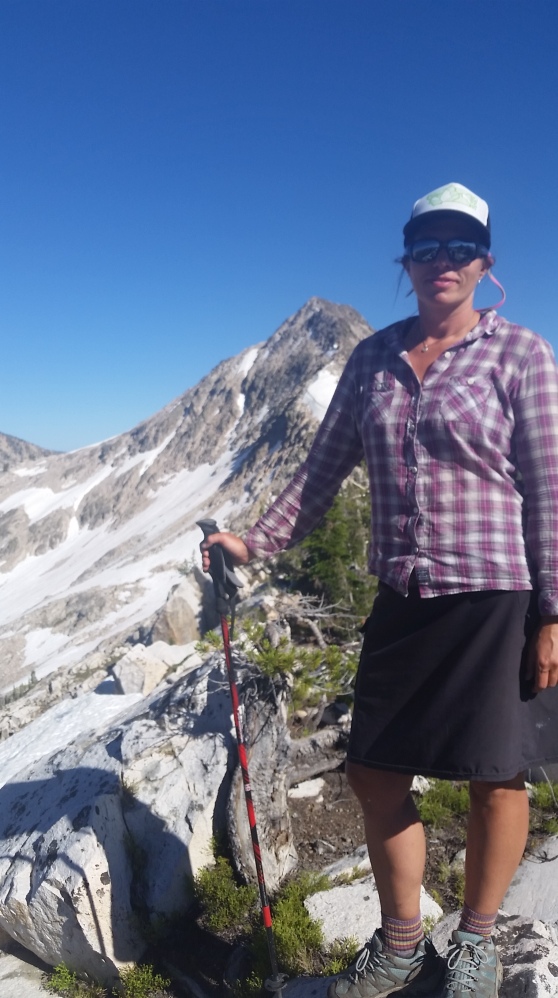 Idaho is something else!

We made some mac and cheese high on the ridge and looked at all the world below. 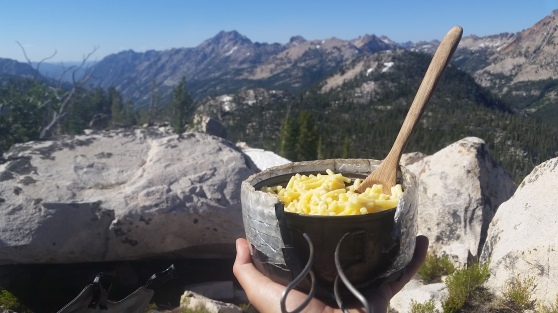 Later back at camp we played a rousing game of cards as night drifted down around us.