I set my alarm for 4:15, wanting to get an early start to give myself as much time above tree level as possible before any weather would move in after 12pm. I started by headlamp just about 5am, and soon could see the path in the new day.

The going was realitively snow-free and the dawning day made for some dramatic views. I just can’t really put the day into words, one because I’m so tired, and two, because you just have to be there!

Here are a few photos to illustrate a bit of what I’m talking about: 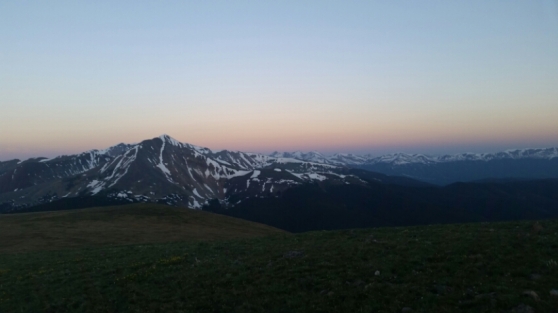 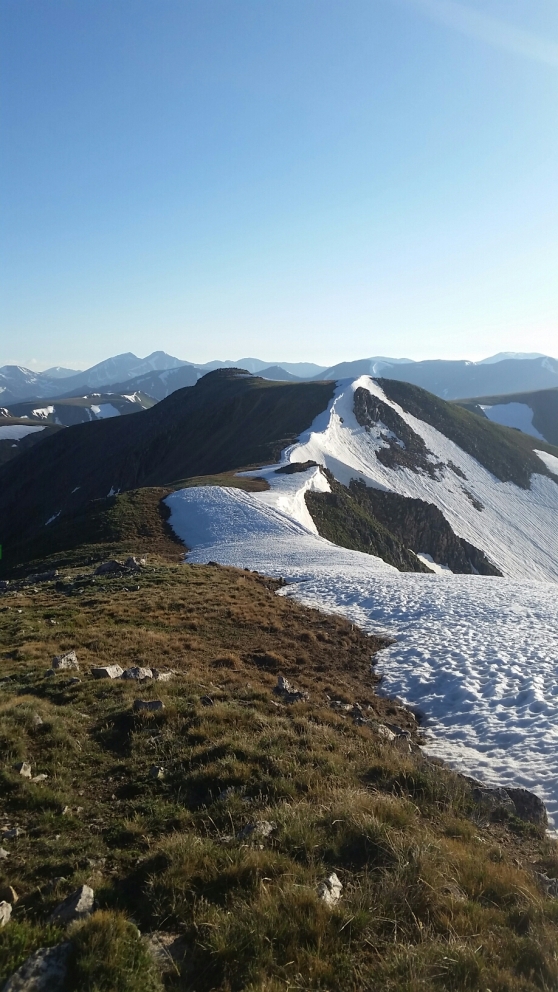 The going got a little rougher towards the end of the 15+ miles of ridgewalking, I found myself on a knife’s edge stepping gingerly down slopes of tallus, an altogether frightening proposition if it had been anything but sunny and pleasent like it was.

I was getting tired. The constant climbing and descending of peaks at 12 & 13,000′ was exhausting. I rounded the final peak, Santa Fe, and could see Grays Mountain that I would be climbing tomorrow. The way down was blocked by a fatty cornice that I didn’t want to deal with, so I took the long way around, walking through the little community of Montizuma.

I found I had more miles on the dirt road than I wanted, all I really wanted to do was lay down and close my eyes. I some how made it close to tomorrow’s climb up to 14,000′ and have a cozy place to camp. It’s not even 6pm, but I think I might go to bed. Tired. 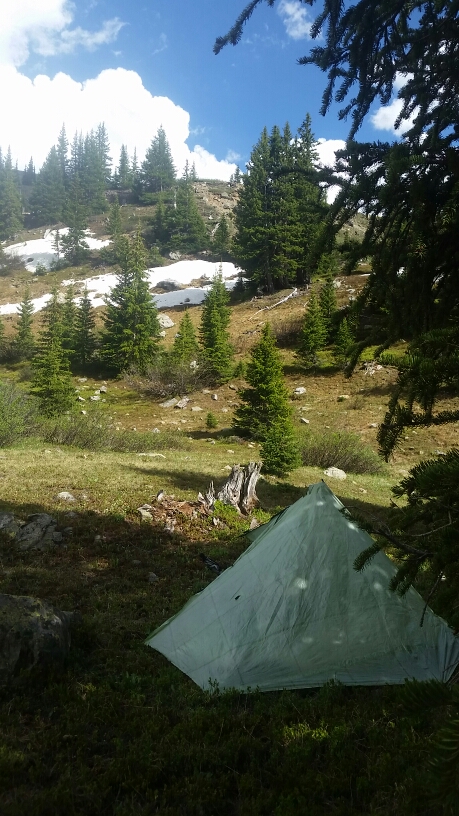